A little-known early work in Ottoman-Islamic ‘art historiography’: The Bosnian sheikh Kemura’s writings (19081913) on the ‘public buildings’ of Sarajevo

The late twentieth-century trend of looking into ‘historiography’ has not gone unnoticed among historians of Islamic art. In recent years, they have demonstrated great interest in the foundations of their field of research in the late nineteenth century and in the protagonists involved and their motives. In this context, notice has not been taken of one work produced around the same time in an area that was a buffer zone between the Ottoman and Habsburg empires: Bosnia-Herzegovina, which until its eventual annexation by Austria-Hungary in 1908 was de iure part of the sultan’s domain but de facto ruled by Vienna. There, a Muslim scholar began to publish in the same year a series of well-researched articles on the principal Islamic monuments of his hometown, Sarajevo. While the nature of this work as ‘art history’ is arguable its author was not interested in a grand narrative to the extent some of his contemporaries were its authorship by a local Muslim in a distant (post-)Ottoman province, employing a remarkably scientific methodology, warrants at least a note on this work, even more so as its language, presently called Bosnian/Serbian/Croatian, has rendered it not only inaccessible but also invisible to most scholars of Ottoman and Islamic art. 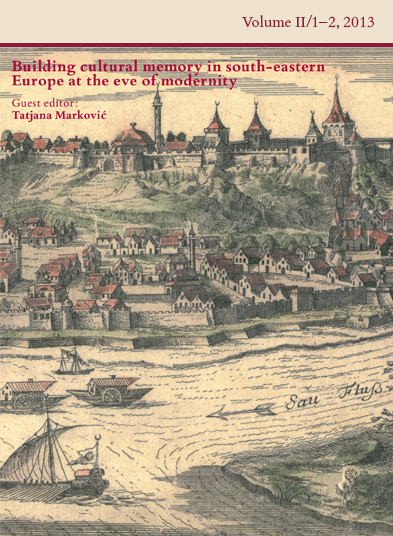