East of the east: the orient of imperial Russia in the comic opera Fevej (1786) by Vasilij Aleksejevič Paškevič

Fevej (1786), a comic opera by the Russian composer Vasilij Aleksejevič Paškevič (ca. 1749 1797), is based on the dramatic work Skazka o careviče Feveje (The tale of Prince Fevej, 1783) by Empress Catherine II. It is regarded not only as one of the earliest Russian fairytale operas, but also as one of the first oriental Russian operas. Interestingly, this work was written as early as the second half of the eighteenth century. In Russia, this was a time of great economic and cultural expansion, which also witnessed the promotion of Enlightenment ideas through theatre and music. Prominent institutions such as the Boloj (Grand) Theatre and the Hermitage Theatre were established during this period; it was also here that operas and other forms of stage music were performed. With her own dramatic works, Catherine II made a contribution to their repertoire. Some of these works served as libretti for comic operas with an educational aim, dedicated to her grandchildren. The opera Fevej is a story about the teenage Siberian Prince Fevejs dream about the exotic Princess Danna and his fantasy to discover and travel to distant places. His father, the Siberian Tsar Tao-au, together with the empress, succeed in their attempt to prevent their sons departure thanks to the help of their advisor Reemysl (‘resolute thinker’, ‘voice of reason’), who arranges Fevejs marriage with Princess Danna. Although a Siberian emperors family is from a Western point of view already exotic enough a subject, they have their own exotic Other: Kalmyk ambassadors at the emperors court and a group of Tatars. The Other is presented in several numbers of the opera, the most characteristic of which is the Chorus of the Kalmyks, an embodiment of the Mongolian world. Due to the specifics characteristics of Russian comic opera presence of folk music, popular songs both the Self and the Other have their own distinct musical spheres in the opera. Their harmonious co-existence shows that the treatment of the East in the specific Russian context reveals a kind of self-orientalization. 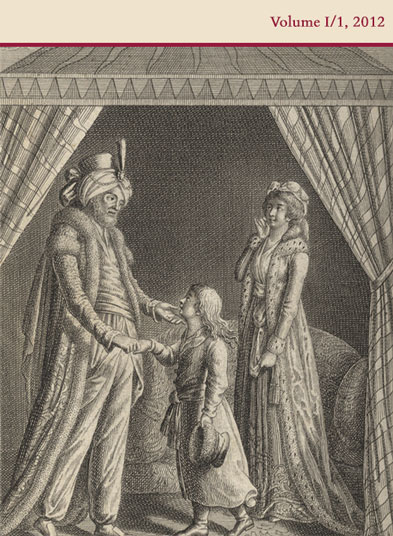